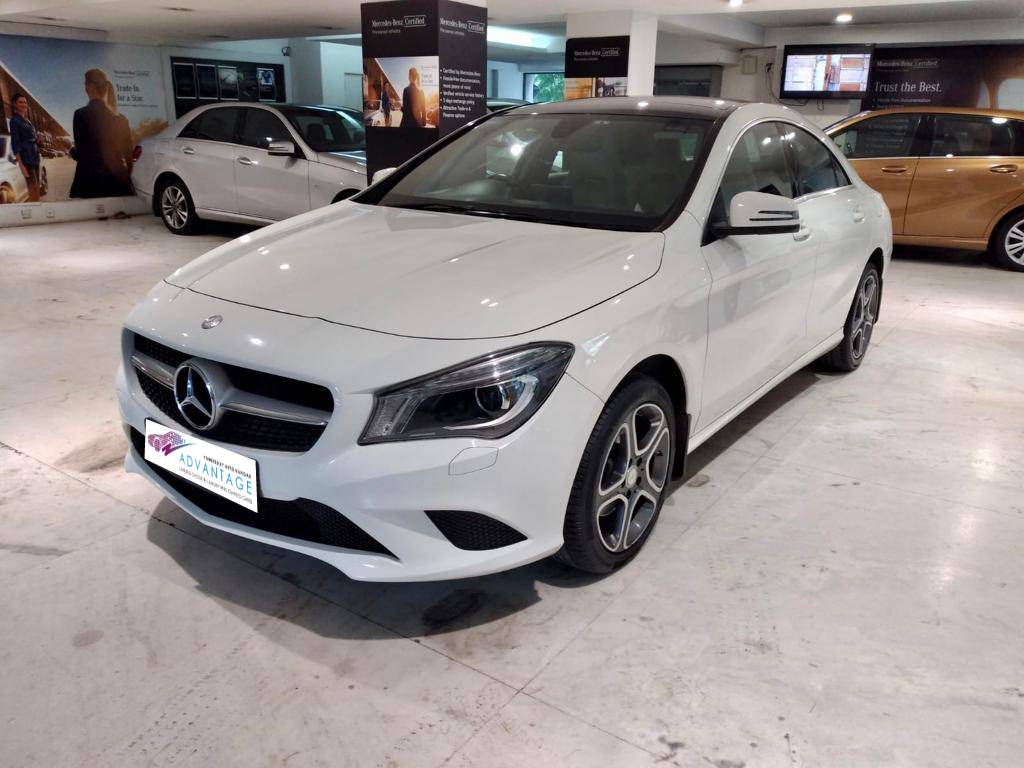 Mercedes-Benz CLA is one of the most popular models from the German automaker. In 2013, the first CLA model was launched, which was developed as a four-door coupe based on A-Class new generation car. Since then many successful CLA models have been launched all across the world. In 2016, CLA was modified and received a major facelift, enhanced design, new interior and latest technology. The year 2019 saw CLA take on a more aggressive look, longer wheelbase, MBUX integration, use of Artificial Intelligence and infotainment.

If you are looking for Mercedes-Benz second-hand car, CLA is a great choice. Find out the 4 best used Mercedes CLA models.

The 2015 CLA 200 CDI Style, powered by a four-cylinder engine, automatic 7-gears, sports mode and paddle-shift transmission and forward drive train provides a highly capable driving performance. Some of the features you can find include Hill hold control, ABS, Electronic Stability Program, and safety measures such as the Tyre pressure monitoring system and Child rear anchor points. In addition, cruise control is a nice and convenient feature available. You can also find an integrated music system, voice command and steering mounted controls.

In 2016, Mercedes-Benz launched the CLA 200 petrol sport CBU, which ended up as one of the top models. It is available in four different colours Mountain Grey, Jupiter Red, Cirrus White and Polar Silver. The highlights include Blind-spot detection, the over-speed warning which is available in India, emergency brake light flashing, besides all the features mentioned in the 2015 CLA CDI Style. As for technical features, the 2016 CLA 200 petrol sport CBU consists of 181 bhp @ 5500 rpm of maximum power and 300 Nm @ 1200 rpm of maximum torque.

The CLA 45 AMG is an exceptional four wheeler experience that is a part of 45-badged cars from different classes like A and GLA. The magnificent sedan vehicle type or a shooting brake mini-wagon has a host of breathtaking features such as eclectic sunroof, reversing camera, key-less entry, parking sensors, cruise control, LED headlamps, 12-speaker stereo to delight car enthusiasts. Safety is top-notch with airbags, blind spot sensors, driver attention detection. The design is visually striking with a crescent shape profile, large rims and red flashes. It is an impressive car that will look great in your garage.

One of the features that make the 2017 CLA 200 sport distinct from previous models is that it is compact, luxurious and front-wheel drive as well. The driving dynamics are more or less the same with 2-litre, four-cylinder turbo petrol giving 181bhp @ 5,500rpm, 300Nm of torque @ 1,200rpm and 7-speed dual-clutch automatic with paddle shifters. The major enhancement has come in the form of detailing like in the new full LED headlights, chrome strip on the front bumper and blue metallic colour in the rear wheels.

You can find pre-owned luxury cars at Auto Hangar Advantage, the leading and trusted name in the second-hand car industry in Mumbai. To know more regarding second hand Mercedes-Benz CLA models, availability in Mumbai, features, price and other details, contact us at any time.


Also Read: Second Hand Car Vs New Car | Know these 7 Things Before You Buy Any Car

Also Read: 10 Used Luxury Cars That Are Cheap And Worth Every Penny